Probably my biggest pet peeve in the game, even bigger and more profound than my disdain at the 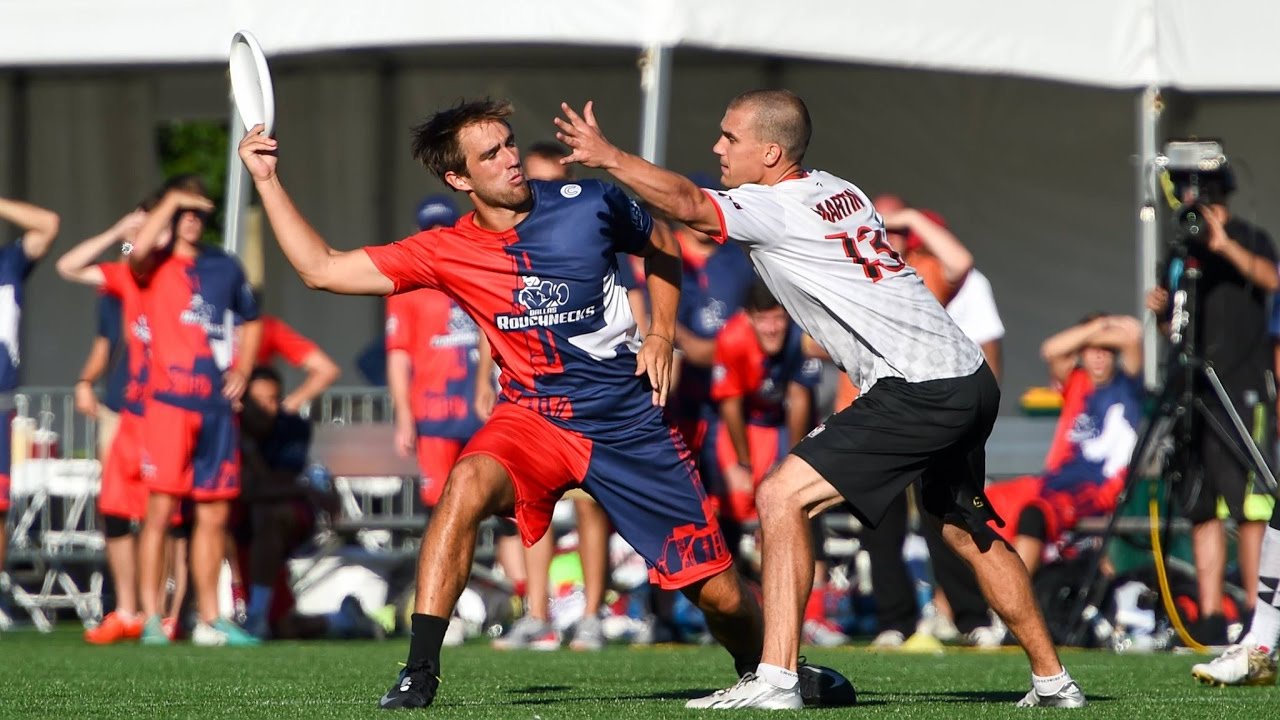 pervasive epidemic of grotesquely horrible throwing mechanics in the game (left) is the overwhelming propensity that players have for initially pivot away from their team's core and towards the sideline when they first catch the disc. [note: questions and commentary about flawed mechanics here]

My experience is that the outward pivot is so detrimental to a team's success that when I coach, I make the outward pivot a turnover just to enforce the idea that there is a different approach. It's not that one way to pivot is correct and the other one is wrong, but the overwhelmingly lopsided disparity between the usage of the two pivots is a fundamentally flawed imbalance. 99% of players, in 99% of situations, in 99% of games, on 99% of teams pivot to the outside when they catch the disc. No where else in sports do you have this level of lopsidedness, especially in light of the fact that it is far more advantageous to invert the initial pivot as opposed to pivoting outward.

Whether you decide the spread should strategically be a 50/50, 70/30 or 40/60 ratio or whatever, having a 99/1 ratio makes your offense highly predictable (and makes the game boring as crap). Additionally, pivoting inward on the initial pivot is not only superior on a dozen different levels, but it doesn't detract from the downfield play that the outward pivot provides. In other words, not only are there 12 legitimate reasons to invert the initial pivot as opposed to the out-version, but the inversion of the initial pivot doesn't negate the down the line pass and in fact makes it more potent by facilitating superior throwing mechanics, it provides better balance/vision and it neutralizes the marker far better than an outward pivot.

Pivot Inversion means this. There should always be a triangle between the player who threw the disc, the player about to commit an initial pivot and another player on your team. Most of the time, especially as your cuts are to the right or left sideline, this triangle will be back towards the middle of the field, but not always. The inversion should be a pivot that is directed towards the interior of this triangle, not the exterior. However, sometimes, even near the sidelines, a triangle can be constructed where the interior of the triangle is towards the sideline and not towards the center. I realize this is confusing but too many people were assuming that inversion always means pivoting towards the interior and that is incorrect. It's almost always correct, but there are special cases where it is not so I want to make sure I'm not misleading people into a rule for inverting that isn't necessarily true.

Here are those 12 reasons to invert your pivot:

In summary, initial pivot inversion promotes better teamwork, superior body mechanics and far better balance (on all levels).  This is not an opinion, it is a simple fact.

The ‘In’ version of the initial pivot not only has at least 12 distinct advantages vs. the conventional initial pivot, it also does NOT take away the downfield option!!